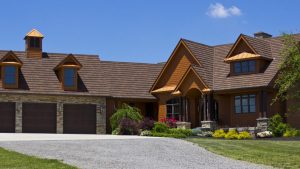 Columbus is the county seat of Franklin County. The municipality has also annexed portions of adjoining Delaware, Pickaway and Fairfield counties. Named for explorer  Christopher Columbus, the city was founded in 1812 at the confluence of the Scioto and Olentangy rivers and assumed the functions of state capital in 1816. The city has a diverse economy based on education, government, insurance, banking, defense, aviation, food, clothes, logistics, steel, energy, medical research, health care, hospitality, retail, and technology.

Columbus is home to the Battelle Memorial Institute, the world’s largest private research and development foundation; Chemical Abstracts Service, the world’s largest clearinghouse of chemical information; NetJets, the world’s largest fractional ownership jet aircraft fleet; and The Ohio State University, one of the largest universities in the United States. As of 2013, the city has the headquarters of five corporations in the U.S. Fortune 500: Nationwide Mutual Insurance Company, American Electric Power, L Brands, Big Lots, and Cardinal Health. The food service corporations Wendy’s, Donatos Pizza, Bob Evans, Max & Erma’s, and White Castle and the nationally known companies Red Roof Inn, Rogue Fitness, and Safelite are also based in the metropolitan area.

In 2016, Money Magazine ranked Columbus as one of “The 6 Best Big Cities”, calling it the best in the Midwest, citing a highly educated workforce and excellent wage growth. In 2012, Columbus was ranked in BusinessWeek‘s 50 best cities in the United States. In 2013, Forbes gave Columbus an “A” grade as one of the top cities for business in the U.S., and later that year included the city on its list of Best Places for Business and Careers. Columbus was also ranked as the No. 1 up-and-coming tech city in the nation by Forbes in 2008, and the city was ranked a top-ten city by Relocate America in 2010. In 2007, fDi Magazine ranked the city no. 3 in the U.S. for cities of the future, and the Columbus Zoo and Aquarium was rated no. 1 in 2009 by USA Travel Guide.

The confluence of the Scioto and Olentangy rivers occurs just north-west of Downtown Columbus. Several smaller tributaries course through the Columbus metropolitan area, including Alum Creek, Big Walnut Creek, and Darby Creek. Columbus is considered to have relatively flat topography thanks to a large glacier that covered most of Ohio during the Wisconsin Ice Age. However, there are sizable differences in elevation through the area, with the high point of Franklin County being 1,132 ft (345 m) above sea level near New Albany, and the low point being 670 ft (200 m) where the Scioto River leaves the county near Lockbourne. Numerous ravines near the rivers and creeks also add variety to the landscape. Tributaries to Alum Creek and the Olentangy River cut through shale, while tributaries to the Scioto River cut through limestone. According to the United States Census Bureau, the city has a total area of 223.11 square miles (577.85 km2), of which 217.17 square miles (562.47 km2) is land and 5.94 square miles (15.38 km2) is water.